I hear this question daily, but I cannot answer it without telling you about a patient I treated about a year ago. DW came into the office complaining of pain, numbness and tingling in both of his feet and lower legs. Medically he had diabetes, high blood pressure, and migraine headaches. He was a long distance truck driver in the Midwest during the spring and summer months and would spend his winters here in Florida. He and his wife happened to be renovating their home here so he was very active.

He had two main problems:

First– He could barely feel the pedals to drive his big rig. The doctor doing his yearly physical for the company told him he probably won’t pass in another year. This was EXTREMELY upsetting to DW.
Second– While he was doing the labor to renovate his home, he could not feel his feet on the ladder. Knowing this, both he and his wife felt he was an accident waiting to happen. He had already fallen several times when standing on solid ground.

After seeing an ad in the newspaper for Neurogenx they came to my office for a free consultation, evaluation, and trial treatment. He was able to start the program January 11, 2016, and diligently came in for his treatments twice a week until March 28, 2016, when he had his last treatment and returned to his home “up north”. During that time he made incredible progress! He was able to complete the home renovation and felt the ladder more and more every day. When he went for his work physical his doctor couldn’t believe the improvement he had made in such a short period of time. He returned for an F/U exam 2/2017 and was doing even better than when he was last seen, stating he had at least a 90% improvement over his initial visit the year before. 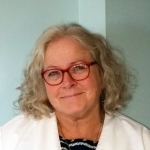